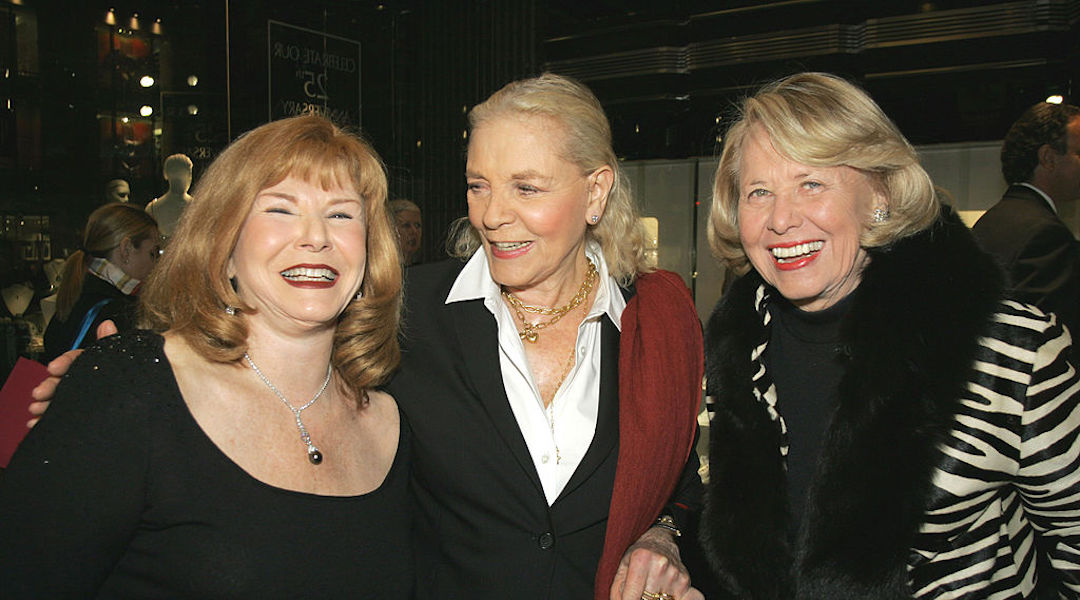 (JTA) – Helene Fortunoff, who helped transform her husband’s housewares business into a large jewelry business, died Nov. 8 at the age of 88 in Miami Beach, Florida.

Fortunoff became a powerful player in the jewelry industry long before many women entered the workforce.

Talk to The New York Times in 2001, a year after her husband’s death and her promotion to president of the Fortunoff company, she discussed her approach to reconciling work and family.

“I’ve always wanted a family and a career, and no one ever told me I can’t have both,” she said. “I generally gave myself 11 days of leave for the birth of my children. I had staff to manage things at home while I was working full time at the store.

Fortunoff was born Helene Finke in 1933. Growing up in Fair Lawn, New Jersey, she began working for her father’s heating and air conditioning company at the age of 13, according to The New York Times. Fortunoff began her undergraduate studies at Syracuse University, but transferred halfway to New York University Business School, where she met her husband, Alan Fortunoff, as part of a real estate course.

The couple married after graduating in 1953, and Helene went to work in her husband’s eponymous family household goods business, then based in East New York, Brooklyn. In 1957, Helene launched Fortunoff’s first jewelry line, which would later grow into a multi-million dollar business. In 1979, the company called on actress Lauren Bacall as the spokesperson for the jewelry line.

Over the decades that followed, Fortunoff grew into one of the largest retailers in the New York City area: in 2003, according to the New York Times, the company had six retail stores specializing in high-end gift items, including its flagship location on Fifth Avenue at 54th Street and a popular branch in Westbury, Long Island. After a series of industrial setbacks, bankruptcies and sales of the original business, the chain was liquidated in 2009, and Fortunoff Fine Jewelry only exists online, with the name once again under family control.

Connect with your community every morning.

The Fortunoffs were frequent donors to Jewish causes. In 1987 Alan Fortunoff created an endowment for the Fortunoff Video Archives for Holocaust Testimonies at Yale University, adding the name Fortunoff to the archives in memory of his parents, Max and Clara Fortunoff. Hélène Fortunoff continued to support the archives after the death of her husband. Throughout her life, Fortunoff was honored by a number of Jewish organizations, including UJA Federation-NY and ORT, an organization that historically provided vocational training to Russian Jewish immigrants.

Fortunoff is survived by Robert Grossman, whom she married in 2006, and five of her six children. Her son, Louis, died in 2012 from pancreatic cancer at the age of 47.

In an obituary for Louis, David Fortunoff, another son, said The Centurion, an industry journal, that family’s work ethic meant never stopping, even for the holidays. “The only party we were able to celebrate [before the business was sold] It was Christmas, even though we were Jews, ”Fortunoff told the newspaper. The family would spend that day, their only day off during the peak holiday season, watching movies together.

Most of the Fortunoff children followed their parents into the jewelry business, with her daughter Esther Fortunoff-Greene as the president of the company.

“She taught us to balance motherhood and work, so that we can raise our own children as she raised us. His guidance and example have been central to our lives, ”Fortunoff-Greene wrote in a blog post about her mother for Women’s History Month 2018.

–
The post office Helene Fortunoff, who turned a housewares business into a major jewelry line, has died at 88 appeared first on Jewish Telegraph Agency.