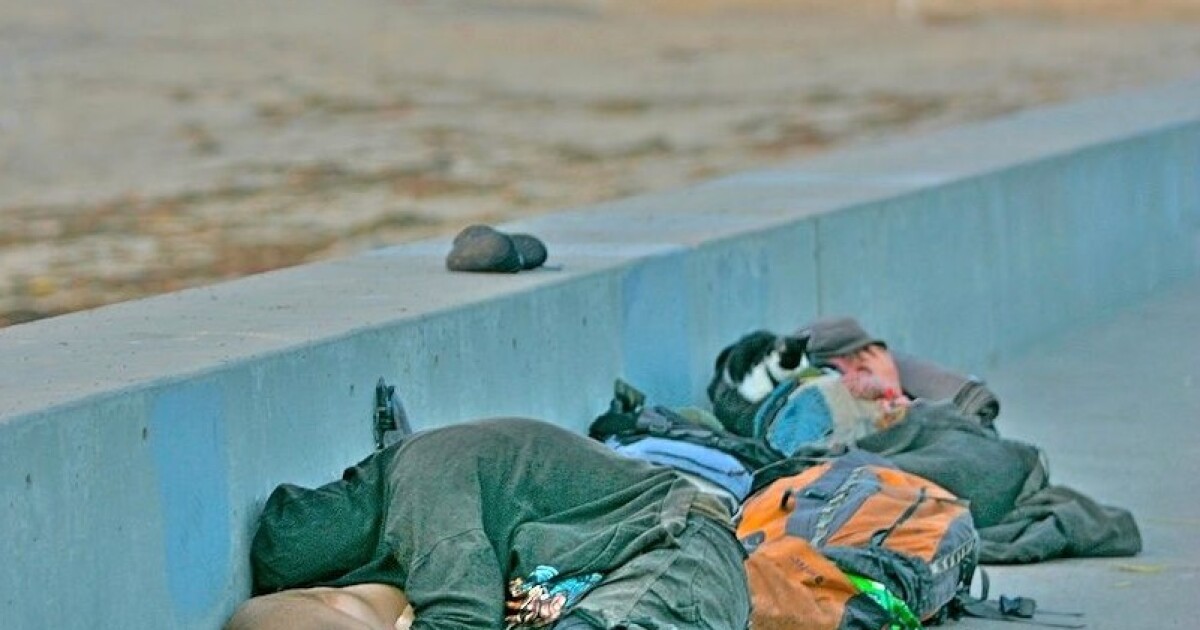 Sitcov calls them his Music Angels.

Autographed keyboards, guitars, banjos and other musical memorabilia were the cornerstone of funding for the Doors of Change nonprofit he founded.

Its mission is to reach transient youth in the transitional age group of 17 to 25 who are no longer eligible for most youth assistance programs.

Two decades ago, Sitcov was working as a physical therapist when he suffered a career-ending spinal injury that started him down a path of self-reflection. He wanted to give more meaning to his life.

“I did some soul-searching,” he says. Then he connected with San Diego Youth Services, which runs an emergency shelter for young people.

“I did outreach for one night and it changed my life,” recalls Sitcov.

He met many young people who had chosen life on the streets over abusive environments at home. Often they were running away from drug or alcohol addicted parents or had been expelled for “coming out” as gay or lesbian. Many were depressed, suicidal, aimless and running on empty.

“I decided that night to help homeless children. Someone has to help them make better choices for themselves.

Photography has long been Sitcov’s hobby. By 1997, he had worked as an in-house photographer at San Diego State University’s Open Air Theater, where he met and photographed artists. Over the next few years, he continued to take pictures at concerts and shows around town.

He started sending his photos to musicians or their agents. He presented his mission of wanting to help homeless youth and enroll them in music and art programs. Sitcov’s punchline asked for donations of autographed instruments and auction memorabilia to raise money for his outreach efforts, then called Photocharity.

Billy Joel was the first celebrity to participate. He provided a signed keyboard. Elton John was the second. The year was 2001, and Sitcov was on.

Since then, he says donations from famous artists have raised nearly $900,000. Several have been regular donors.

Singer Chris Isaak’s guitars, with his hand-drawn illustrations of a surfer, a snake and himself, raised $30,000. Bruce Springsteen and the late Etta James each helped raise $25,000. The list of famous donors is growing…

Every year, Sitcov organizes a fundraising concert. This year is special because it is the program’s 20th anniversary celebration that has been delayed. Three Dog Night will perform June 30 at the Moonlight Amphitheater in Vista — and, of course, there will be instruments up for auction.

It has been a difficult few years. The pandemic sucker hit Sitcov’s outreach program. For eight years they met for free at the Ocean Beach Episcopal Church Center where children gathered for music, art and jewelry making lessons and other services. But pandemic restrictions have shut down social gatherings and classes.

“Since COVID, everything has changed,” says Sitcov. The children went into hiding.

Outreach workers have resorted to putting up posters in places frequented by young people, mainly in seaside communities. This is particularly unfortunate, Sitcov says, at a time when the need for mental health services is increasing.

They are now focusing on remote outreach – connecting 17 to 25 year olds to appropriate shelters, giving them supplies and food, and providing cell phones and laptops for school work.

Despite the difficulty of connecting and staying connected, there have been dramatic successes.

Doors of Change reached out to Justine Bethell, who was homeless in San Diego from age 12 to 16. She found the Storefront Shelter, started making jewelry through the Doors of Change program, went back to school, and enrolled in San Diego City College. She then went to UC Santa Barbara on a full scholarship and is now studying for a law degree.

The program also helped Tyler De Los Reyes, who went from spending his nights sleeping under the Imperial Beach pier to finding a job as a security guard. He then became an ambulance dispatcher at a medical services company and earned a supervisory degree.

Elliott Guist, who started playing the violin at the age of 7, left home at 14 and began traveling around the country – walking, jumping on freight trains, hitchhiking hitchhiking with a “road dog” (travel buddy) and busking for guidance with his fiddle, even during a Wisconsin snowstorm.

He lived with his cat out of sight in a tree in Carlsbad, where he had strung a hammock about 20 feet high. He periodically visited Doors of Change to ask for help and benefits.

“Doors of Change provided a security network. I had people to talk to and I learned how to apply for food stamps,” he says.

Soon after, he began teaching music there. Now 27, he rents an apartment and has a full-time job at a spa, but continues to do outreach work for Doors of Change. Her history of homelessness helps her gain the trust of other homeless youth.

“I want to live in a more responsible world,” says Guist. “I try to be part of the change and the bigger picture so that we can actually create a movement to solve the problems instead of prolonging them and creating new ones.”

Guist will play the violin at the VIP reception ahead of Thursday night’s concert.

Tickets range from $49 to $159 and are available on the Moonlight Amphitheater website, https://my.moonlightstage.com/events. The show starts at 7:30 p.m.