The Rolling Stones – Reflecting on the 50th anniversary of “Exile on Main St.”

Almost two years in the making, the Rolling Stones’ sprawling double LP Exile on Main St. was met with mixed reviews upon its release, rolling stone‘s Lenny Kaye lamenting, “The Stones’ great album of their coming of age is yet to come.” Indeed, the album felt to some like a stumble backwards, rather than the great leap forward anticipated in the wake of the previous year’s masterful. sticky fingers. Frontman Mick Jagger himself remarked of the album, “It’s very rock & roll, you know. I didn’t want it to be like this. I’m the most experimental person in the group, you can see that I like to experiment. Don’t repeat the same thing over and over again. In this regard, Exile on Main St. delves deep into the band’s roots, reminiscent of both the best and worst of its mid-’60s output, albeit overshadowed by the murky haze of drugged-out delirium and paranoid-era countercultural hedonism of Nixon. Of course time has dealt Exile kindly, with retrospective reviews declaring it not only the Stones’ best album, but also among the greatest ever recorded.

From a personal point of view, the first statement does not seem entirely correct, because let it bleed and sticky fingers remain stiff competition. Still, Exile boasts a number of the Stones’ best songs and successfully captures the smirk of players, dopers, customers, eccentrics and budding rock idols of its day. The faces of these generational underdogs and outcasts are personified in its timeless collage on the cover, with each image a visual avatar of one of the album’s tracks.

The mind-blowing opening cut “Rocks Off” is hot with Jagger’s guttural “awww-yeahhhh”, suggesting the title’s transgressive double meaning. “I hear you talking when I’m on the street,” he insists. “Your mouth isn’t moving but I can hear you talking.” On this rambling tale of post-hippie excess and disillusionment, Jagger shares with the listener some of his many exploits, setting the scene for the album: “I was having sex last night/To a dancer friend/ I can’t keep up / ‘Cause she comes every time she pirouettes on me. Despite its often crude overtones, “Rocks Off” is a brilliant opener, with Jagger confessing, “And I only get high while I’m dreaming / I only get high while I sleep.” Likewise, many Exile the tracks are portraits of the Thelemite debauchery the band was partaking in, Jagger declaring on the R&B-influenced dancehall “Rip This Joint”, “Dick and Pat in ole DC / Well they gon’ hold some shit to me.” Meanwhile, electric gospel rocker “Tumbling Dice” – one of the Stones’ greatest songs – conjures up images of spiked necklaces, tinted glasses and cigarette smoke wafting through casinos in Vegas, Miami and Los Angeles. Angeles, with ramblin’, gamblin’ Jagger in the foreground, tense, declaring, “That bitch down there / My poor feet are itching / Don’t you know the devil is still wild / Baby, I can’t stay, you gotta roll me / And call me the rolling dice.

three of ExileThe best tracks arrive in the form of hit country ballads: Gram Parsons’ pure-hearted tribute “Sweet Virginia”, the downtrodden acoustic vocals “Torn and Frayed” and the Caribbean-flavored country blues number “Sweet Black Angel”. “, a tribute to activist Angela Davis. Such peaks lend Exile on Main St. much of its magic, continuing the Stones’ flirtation with country and western started on Banquet of beggars, before cementing their abilities on 1969’s “Country Honk” and 1971’s exceptional “Dead Flowers” and “Wild Horses”. absolutely breathtaking “Far Away Eyes”. The Stones’ adaptability may have surprised some, as the band’s serious musical upbringing was often obscured by their boisterous antics.

Elsewhere, the sunny “Loving Cup” balances some of the album’s wildest rage with a bit of soulful introspection, adding a needed sense of intimacy, while Keith Richards makes a rare vocal appearance on “Happy ‘, named by radio personality Howard Stern as his favorite Stones song in a recent interview with Jagger. Here, Richards’ stoned vocals drift through hallways of sharp electric guitars and gritty brass, giving the famously terse and notoriously troubled guitar virtuoso a new dimension. In its steely swagger, “Ventilator Blues” also deserves notice, the track being one of Exile‘s heavier cuts. Defining the album’s jagged edge and penchant for mayhem, Jagger says, “Nobody’s slowing down in any way / Everybody’s hitting their accelerator / No matter where you are / Everybody’s gonna need a fan. ”

Next is “I Just Want to See His Face,” which comes off as a kind of fragmented psychedelic spirituality, devoid of the punch packed by the album’s louder cuts, such as the stomping “Let It Loose” and the ethereal epic “Shine a Light”. .” Detailing the fate of the band’s founder and former frontman Brian Jones, “Shine a Light” was launched in 1968 and reworked following Jones’ untimely death the following year. This immortal musical eulogy, co-written by the late Leon Russell, is a moving tribute to the fallen rock and roll idol. Here, in a critical yet adoring tone, Jagger describes Jones in his final days: “Berber jewels tinkling in the street / Making bloodshot eyes in every woman you meet / Can’t get high / My, my sweet darling love,” before the track’s heady gospel chorus explodes into a stream of pure bliss as he sings, “May the good Lord / Shine a light upon you / Make every song you sing / Your favorite track / May the good Lord / Shine a light on you / Warm as the evening sun This song, in particular, may reveal Jagger at his most tender, his exceptionally raw voice, riddled with vulnerability and regret. Journalists at the time eagerly reported on the fights between Jones and his bandmates, his eventual ousting from the band, and the continued decline of drug and alcohol addiction, but Jagger is trying to set the record straight. , offering his friend an ad appropriate god, and the result is amazing.

What remains reveals Exile on Main St. to be, like most double LPs, a patchwork of masterpieces and filler. The band’s blues rock reinterpretations of Slim Harpo’s “Shake Your Hips” and Robert Johnson’s “Stop Breaking Down” fall short of their originals, while the muddled “Casino Boogie,” which certainly reflects the era in which it was been written and recorded, seems inferior. to “Tumbling Dice”, and “All Down the Line” and “Soul Survivor” tremble amidst the thick confusion of the album. Moreover, it is particularly difficult to argue for the necessity of the existence of “Turd on the Run”.

Still, Exile on Main St. is a rock and roll epic, as dull and flawed as the Stones themselves. Retrospective critics are correct in their assessments: this is a significant album, and one of the best of its decade. In his days, Exile, despite Jagger’s initial concern to “play the same thing over and over again”, showed courage within the band to readjust the scope of his ambition, which would allow him to hone underrated gems to come like Goat’s head soup and Certain girls.

While not the Rolling Stones‘ key release, a track you could say still belongs to let it bleed or sticky fingers, Exile on Main St. is an excellent album, an important piece of rock and roll history. The Rolling Stones had their glory days in the late 60s and early 70s, outperforming nearly all of their peers with every effort, and for that they deserve continued fanfare. Exile on Main St. is now 50 years old and still says a lot about rock, its origin and its ultimate destiny. Rich, atmospheric and sly on many levels, the Stones’ initially misunderstood monument to rock and roll excess has found a cozy place in musical history and is well worth the experience five decades later.

Support under the radar on Patreon. 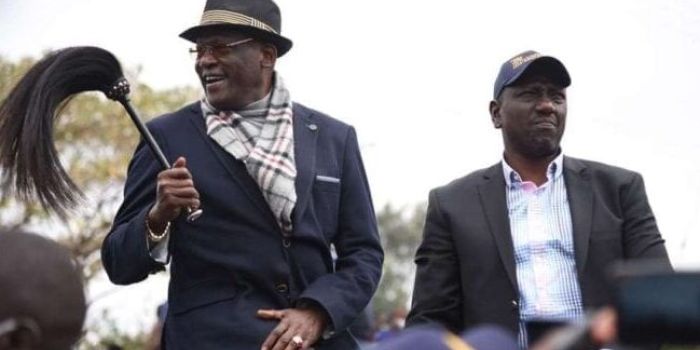